With summer so close we can almost taste it, there’s nothing better to cool your taste buds on a boiling sunny day than with sweet icecream. Sydney hosts a wealth of gelato and ice-cream shops to choose from, so you’ll never be short of a cone. Even better for all you vegans out there, this beautiful city also comes up trumps for non- dairy versions of the creamy good stuff. I’ve taken the liberty of trying some of Sydney’s best vegan ice-cream offerings (a hard job, I know). Check out five top vegan ice creameries, below, which I’d recommend you try this summer, for those times when you to need to seriously satisfy your sweet tooth!

Located in the buzzing Newtown, this planet-friendly gelato shop is a great place to hit up in the day and even into the evening, for when you need a late night sweet tooth fix! Famous for their non-dairy coconut milk artisan gelato, everything at Gelato Blue is vegan although it tastes just like the real deal, so many customers  aren’t even aware of it. Even better, everything is made in-house, from the base, through to the nut mixes and the jams and sauces, made using fresh fruit from the markets. Everything is prepared daily in small batches, created with a base of coconut milk and cream. Why not get your spoon into super scrummy flavours like Mint Choc Chip, Passionfruit Cheesecake and Panacotta (drool!)!

Chacha’s, a beach side vegan ice creamery, is definitely one to check out this summer. Based on Bondi’s Hall street, this little treasure for an animal friendly scoop is a health food mecca for cashew-based ice cream… is that nuts or what!? (sorry I couldn’t resist). This super yummy ice cream alternative comes in array of delicious and original flavours too, like Turmeric, and Miso Caramel. You don’t even have to feel too guilty, as all the ice cream is sweetened with fruit and rice malt – a better-for-you, fructose free sweetener. Perfect for a post ocean swim pick me up or just a summer’s day cold treat.

Another Newtown spot to check out, which may look from the outside like just a tiny little shop, but the variety of vegan food is absolutely brilliant. Vegan’s Choice stocks everything from vegan sauces to (of course in our case) vegan ice cream. For the creamy stuff, make your way to front of the store for the soy ice cream case (which sells by the scoop). They have really interesting flavours to try, such as Earl grey and date flavour,  taro, rose-vanilla and maple-walnut. Why not take a friend and purchase a few scoops so you get to experience the array of flavours… well as they say, sharing is caring.

Based up in the Northern beaches, Pepitas ice-creams and sorbets are sold out of a custom-fitted mint-green Volkswagen Kombi with a pop top. The van drives around Curl Curl, Dee Why, Manly and Freshwater, serving up their artisanal cashew-based ice-cream. Pepita’s offers seven or so flavours, including hazelnut and coconut, plus refreshing sorbets such as raspberry-mango, and lime, cucumber and mint. You can keep an eye on their Facebook page for their locations and opening hours!

Okay, so not strictly a stand-alone ice-cream shop, it’s based in various locations around Sydney, Cocowhip still definitely deserves a mention. Coco-what? Well if you’re not familiar, this is soft serve done differently! Gold Coast-born Cocowhip is made from coconut water, probiotic-rich ‘organic coconut bio-fermented coconut powder’, and plant-derived stabilisers. It’s sweetened with xylitol, a plant-derived sweetener that’s lower in calories than sugar, and cafes serving the stuff like to pimp it up with fun wholefood toppings – think raw chocolate, fresh fruit and date ‘caramel’. You’ll find Cocowhip at locations all around Sydney, including Girdler’s Dee Why, Dr Earth Newtown and Speedo’s in Bondi. 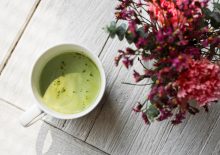 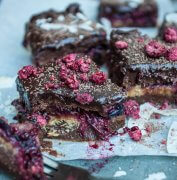 Tales Of A Kitchen
– SEE ALL –

Growing your own fruit and veggies is the dream of …

A Guide to Sydney’s …

When we think of healthy cafes we think acai bowls, … 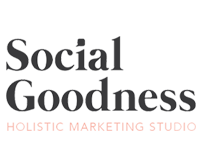 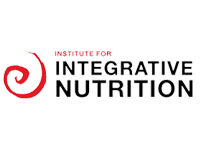 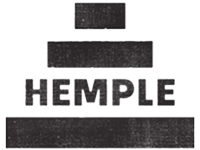 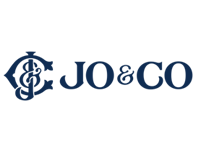